The goal of this project was to use our knowledge of mise-en-scene, cinematography, editing, audio, narrative, genre and more to create an analysis of a scene of the movie Citizen Kane. After analyzing it, our team of three (screenwriter, cinematographer, editor/audio guy) made a short documentary going into depth in one of the fields. Our team decided to talk about the blocking of the actors, which falls under mise-en-scene, and we analyzed Scene #2 of the film. To do this we made a screenplay telling what we would talk about and what clips from the film we would use. We then shot and recorded the clips we needed for the documentary, and afterwards we edited them and added in clips from the film. Our final product is a short documentary on the blocking of the characters in Scene #2 of Citizen Kane. 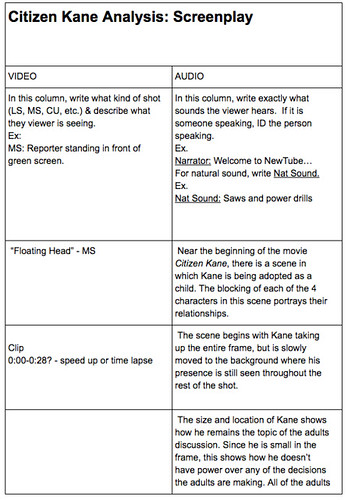 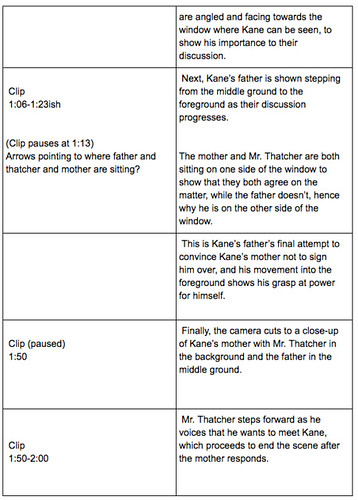 As we were filming we decided to add in another angle (which wasn’t in the screenplay and was just an on-the-spot decision), and we decided that a side angle would add some depth to the documentary. Below are some pictures of the different angles we used. 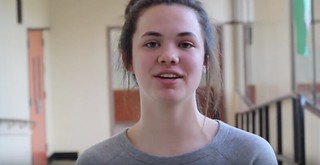 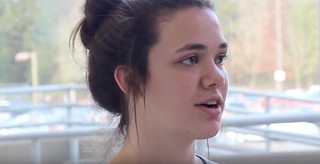 Reactions to the Final Version

After viewing our video, some of the reactions I received from other screenwriters were:

What I Learned and Problems I Solved

By doing this analysis of Citizen Kane, I learned a lot about the filmmaking process. As a screenwriter, I had to work on my writing skills. I learned more about writing a screenplay in the audio-video format and I got much better at that. I also improved in my decision making skills because as the screenwriter I was in a way the director of the project, and I had to decide what clips we used and what we would talk about in the documentary. Lastly, I learned more about how to analyze a scene of a film and what details people pay attention to when they make a movie. Along with learning things, we also had to solve some problems along the way. One of them was the fact that I was too short while filming and the tripod wasn’t able to go any lower, so we stacked six chairs on top of each other and I sat on those to make myself taller.

Resource I Learned From